After months of speculation the initial squad for the 2017 British and Irish Lions tour to New Zealand has finally been named. History proves that call ups are a huge part of the tour. Some picked today won’t make the plane. Tomas O’Leary for example was announced as tourist in 2009 but broke his leg days later. Dylan Hartley, not named today, missed out on a tour in 2011 because of a ban. Others will be called up during the tour. But for now these players will take on the double World Champion All Blacks… 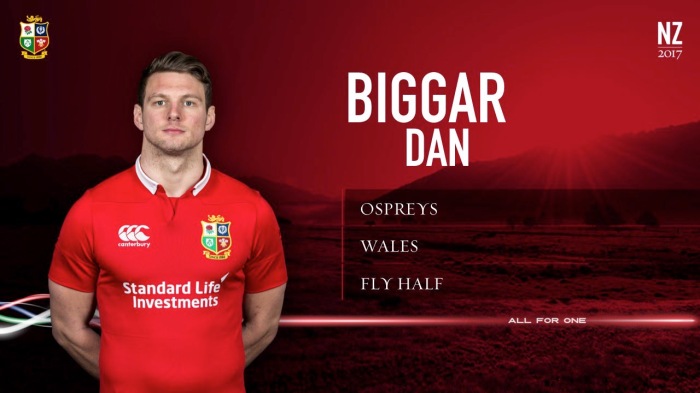 First name out and a bit of a shock. With Sexton expected to be taking the test jersey cover is required for the midweek games. For some it was a straight shootout between George Ford and Finn Russell for who would provide that cover at outside half. Should Sexton get injured, and that does happen to him recently, or Biggar hits form he may still get a test start. Bench spot for the test is certainly possible.

Played on the wing for England during Six Nations but could be a shout for outside centre too. Great finish against Wales showed his pace and a decent kicker too. Versatility got him on the plane.

Started the third test in Australia in 2013, causing great debate. It proved to be the correct decision as the Lions won the series with Jon Fox playing well. Outside centre shirt for the tests is currently wide open.

One of the more interesting calls will be if Farrell plays 10 or 12. He’s named as a 10 but it adds to flexibility. The likelihood is Gatland will favour a big kicking game so having multiple kickers might happen come test time. Big defense game too might be crucial.

Possibly a little fortunate to get selected with poor form at international level with no tries scored in ages. However his goal kicking accuracy will be vital in any game which might see him sneak into the test team on the wing.

The alternative to a Sexton-Farrell combination. Cemented his spot as an international centre for Ireland and could be a revelation a la Rob Henderson in 2001. 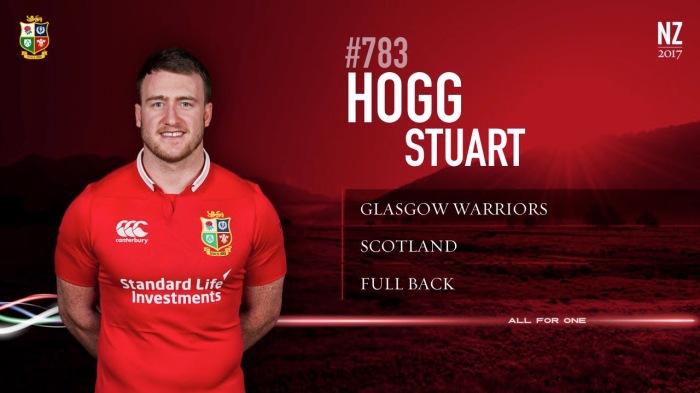 Double Six Nations player of the tournament was a cert to tour. Odds on to make the test team but won’t be asked to cover 10 in a midweek game unlike last time in Australia.

Rumoured to have missed out yesterday but surely he was going to make the squad given his hat trick against Scotland in the Six Nations. Might struggle to find space to exploit in New Zealand but could prove Brian O’Driscoll level electric.

In pole position for a test shirt but certainly has competition. Experience beating New Zealand in Chicago might give him an edge.

Returned to form against Ireland in the Six Nations and if he finds the tryline in the early tour matches he will surely be a test starter.

Not selected consistently for England with plenty of competition between Anthony Watson and Jonny May, with the latter missing out on this squad. Howell has more creativity than May however and that might’ve proved the difference.

A forgotten man during the Six Nations with injury but was a starter against New Zealand in Chicago and was outstanding. Although injury can dent your selection prospects it does at least keep you fresh with fitness going to be vital on tour.

Has had injury problems, particularly with concussion, but is the outstanding outside half in the northern hemisphere. Only injury could keep him out of the tour.

The only other Scot to make the tour. Showed his finishing skills in the Six Nations and adds to the competition for a wing spot for the tests with not a lot to choose between the contenders.

Probably the shock of the selection given his lack of international rugby union experience. However the former Rugby League international born in New Zealand could be the John Bentley or the Jason Robinson for this tour.

Another talented winger to compete for test honours. 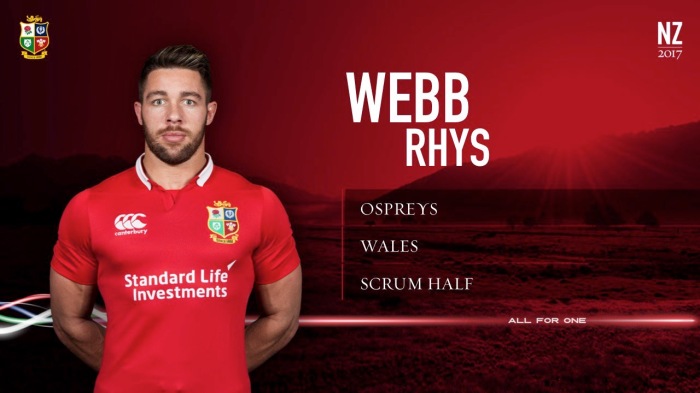 Missed out on the Rugby World Cup due to injury so hopefully makes this tour. Could still oust Murray for the test jersey if he continues recent Six Nations form.

Most creative Welsh back was bound to make the squad. Where he will fit into the competitive squad is yet to be seen but could stand out in some of the provincial games.

Irish captain will surely take on the captaincy during a warmup match. Needs to improve lineout accuracy but front runner for a test starter.

A reliable tighthead prop. Possibly lacking in the loose but at scrum time he will deliver some much needed solidity.

Season hit by injury but Wales’ most consistent performer for years. Impressive for Bath recently and could be a straight shootout against Billy Vunipola for the test shirt.

Another of the Irish victors in Chicago and a real find at tighthead prop. Genuine contender to start the tests and will become a better player with the tour experience.

One of the most debated selections. The England second choice hooker is selected ahead of the captain. In reality George is probably a better player with Hartley fairly anonymous when it mattered. For example, England were a better team when George came on against Wales. Similarly his lack of leadership skills were exposed by Italy.  Jamie George was certainly a more logical selection.

Outstanding against England, Henderson edges out both Gray Scots and Devin Toner proving second row was an incredibly competitive area of selection.

That said Itoje was another cert to tour given his spectacular season in 2015-16. Covering blindside flanker for England but second row will be his regular spot.

Tipped by some to be captain, having fulfilled the role in the third test against Australia. No doubting he’d be in the squad and current shoulder injury gives him time to rest and be fresh for the tour.

The type of warrior that the Lions will need in New Zealand and a foundation of the Saracens team which has been exceptional in recent seasons. Another who is coming back from injury and will benefit from the recuperation time.

Another second row warrior and big hitter that will be invaluable on tour. Might not make the test team but will be a force in midweek which could see him start on a Saturday too. However how he edged out Joe Launchbury is beyond my understanding.

Solid English loosehead who will battle McGrath to start the tests.

Like Tadgh Furlong he started against New Zealand in Chicago, an important experience that could edge the contest against Marler. 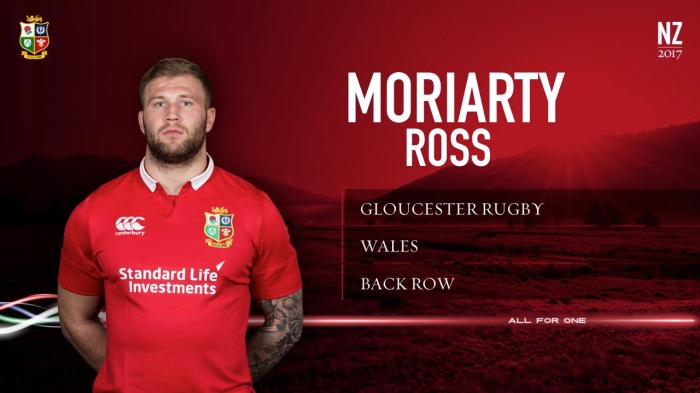 One of the other big surprises in the selection but his outstanding performances in the Six Nations, particularly against England clearly stood out. Also offers versatility in the back row so could be a useful bench player.

Outstanding at the breakdown, physical and brutal. Tourist in 2013 he will push all the way for a test shirt.

Had to step in last minute against England and produced an incredible performance which no doubt saw him selected for the Lions. 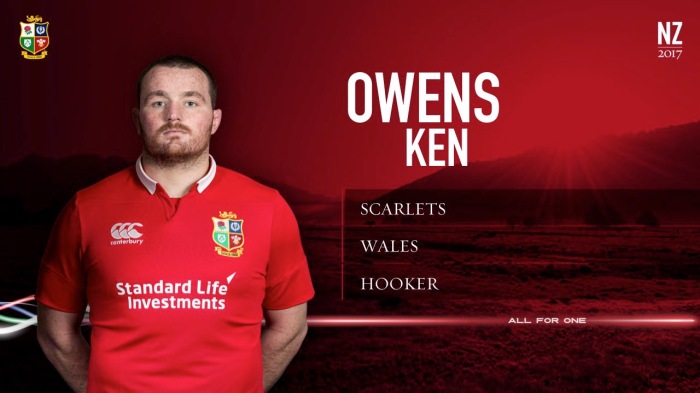 Outstanding Six Nations tournament earned him the call. Ball carrier and accurate lineout throwing could see him start a test.

Highly rated by those that have worked with him and hotly tipped to tour.

Another brutal competitor at the breakdown who has won against the All Blacks.

Finally conquered the clamour to start at openside for Wales and proved his ability at international level. As Martyn Williams put it, it would’ve been a travesty had he not been selected. Offers a different option with genuine handling skills and world class support play.

A tourist four years ago and played in all 3 test matches. Could do the same again this time round.

Another who has had a season hampered by injury but was a ball carrying colossus the previous season. Could be an coin toss between him and Faletau or even Moriarty to start the test. 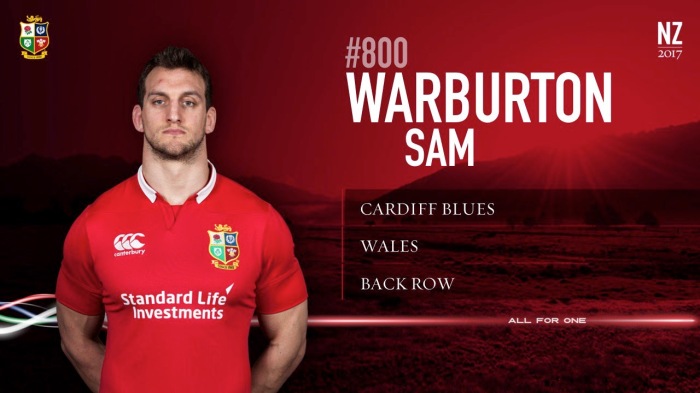 Return to form saw him return to captain the Lions. Although injured for the third test he proudly lifted the trophy and deservedly so.

Overall it is a fascinating selection. Some surprises. Some shock admissions. But the reality is there will be injuries. Alex Corbisiero wasn’t selected four years ago but was called up and scored a crucial try in the third test. The buildup has only just begun…