Continuing the discussion regarding the professional rugby calendar for 2021, which I posted a few days ago, and a revamp of the Pro 14 tournament that I also proposed, I thought I would attempt to demonstrate how a global calendar could be possible. It’s not easy but is possible.

The idea is to have tournaments play out, making the season easier to follow. There would also be a progression of competitiveness and intensity from domestic competition and concluding with international matches.

This is my proposal for how the rugby calendar could run in 2022 given the teams and competitions currently in place for 2020. 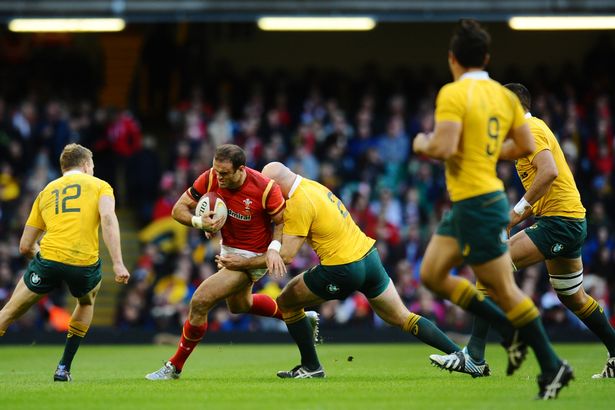 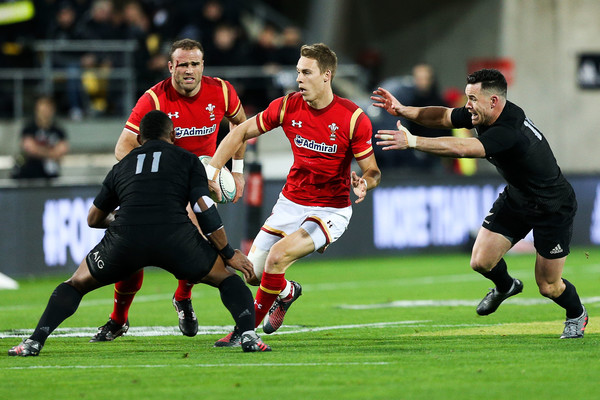 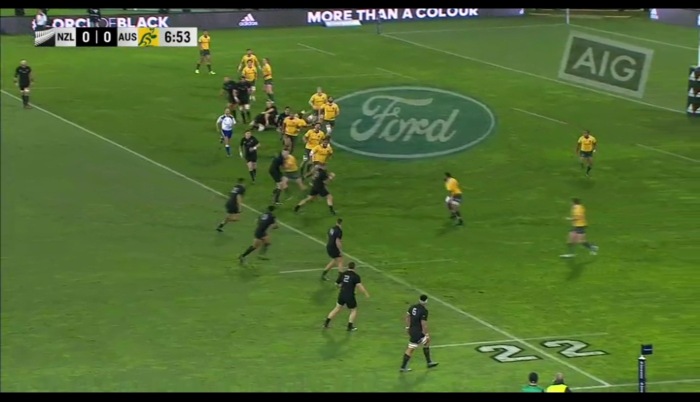 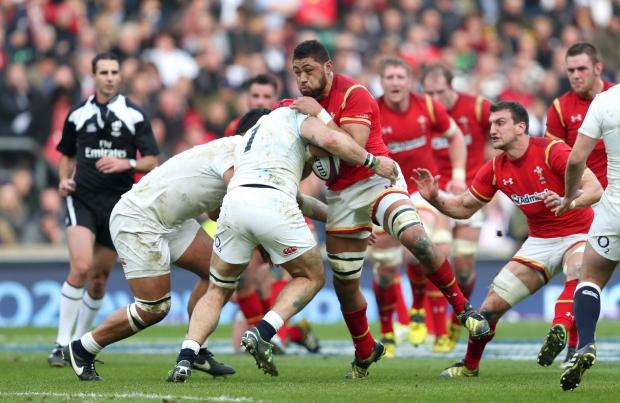 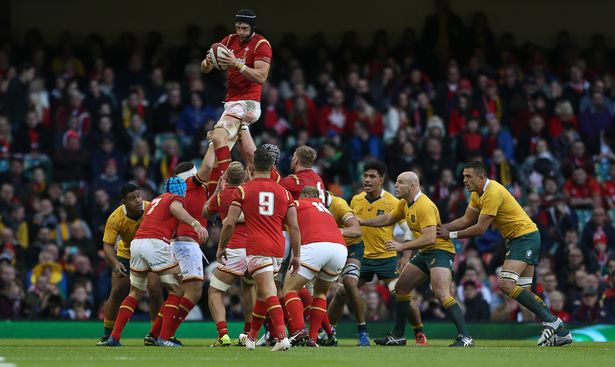 This is just my idea and, although radical in some respects, does show that a proper global rugby calendar can be achieved. It can make the season simpler to follow, none of the issues of “which competition are we playing in this week?”

A couple of days ago I had a crack at the professional rugby season for 2021 which you can read here. Key to that idea was restructuring the Pro 14. A better tournament could be achieved by having more competitive games, more often. For example, is there much point in the Dragons going over to Leinster to get beaten by their second team by 30-40 points every season?

Rumours abound that the two South African teams currently competing could be replaced with the Super Rugby franchises, taking it to a 16 tournament competition. This idea is based on the current format but could easily be adjusted to two divisions of 8.

For now however I’ll work with the situation as it stands.

Of course we still want to have local rivalries so to kick the season off with a bang there could be new Welsh and Irish domestic tournaments established, culminating in the final round being played at the national stadium (i.e. WRU Judgement Day). As Scotland and Italy only have 2 professional teams they will unfortunately have to unite for fixtures. These new domestic tournaments provide a formal setting for preseason warmups and competition for places, regionally and internationally, before the Pro 14 tournament begins.

Here is an example of how it could work:

This is just an idea but I think the result would be a better product through more competitive games and produce better players for international level.

With the remainder of 2020 likely to be needed to conclude unfinished tournaments, the Rugby Calendar for 2021 requires a bit of work. It’s a tricky prospect but I’ve had a stab at it. When you break down how many rounds need to be played for each tournament there is not a lot of wiggle room. Mindful of player welfare, I have attempted to include breaks where possible but as not every team will qualify for latter stages of tournaments such as the English Premiership and Pro 14 some players will more opportunity for breaks than others. Here is a brief summary followed by the full list: 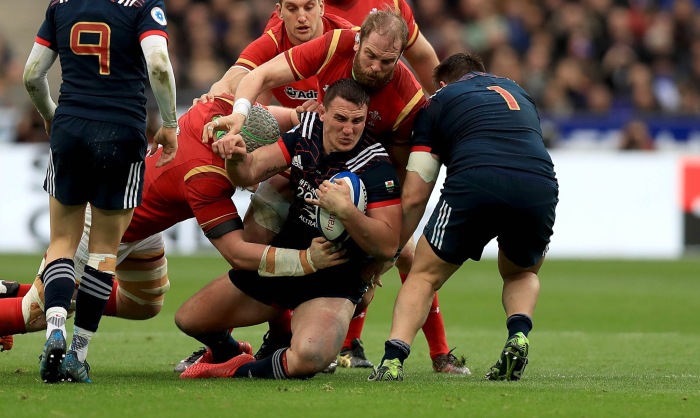 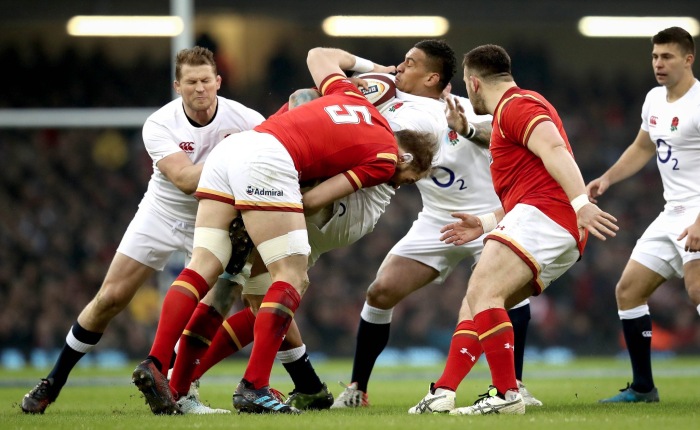 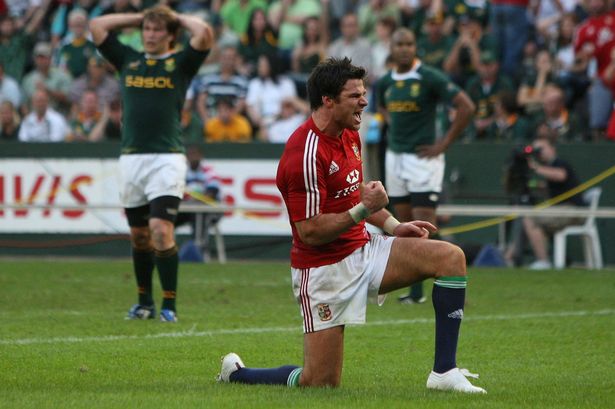 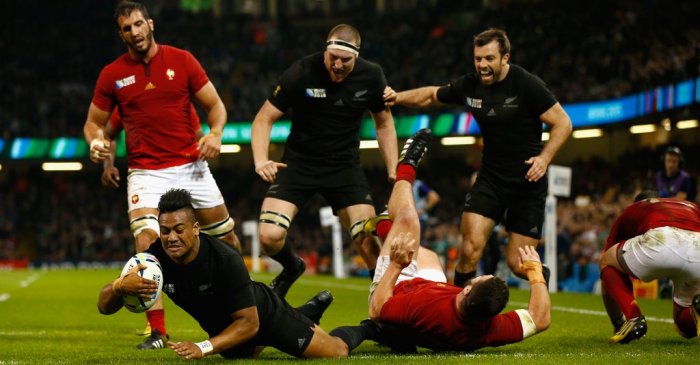 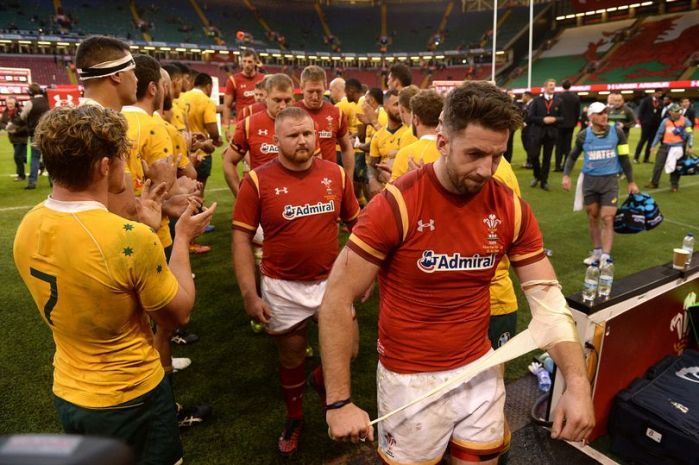 Admittedly, it does look like a brutal year for the very top players of successful clubs. But this format would keep the dates already earmarked for the British and Irish Lions tour to South Africa, allow the southern hemisphere season to be played out as usual and finish the season with some Autumn internationals for revenue. 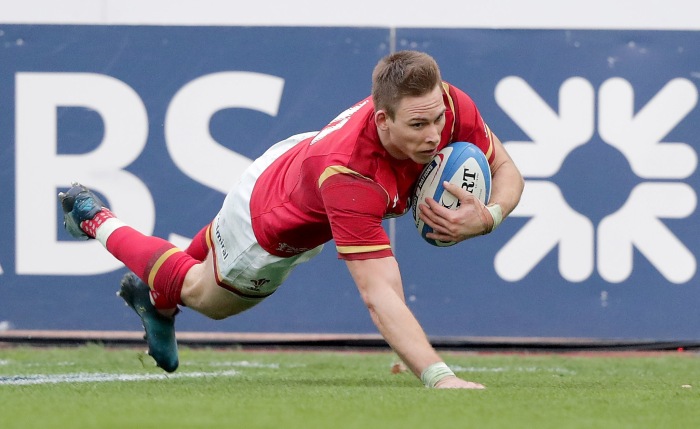 It had been ten years since the Welsh rugby team had lost to their Scottish counterparts at international level. There were young children in the stands of Murrayfield who had never seen Scotland beat Wales. This all changed yesterday following a dismal second half performance from the men in red and confirmed that the Scottish resurgence seen against Ireland was not a mere flash in the pan. The result proved symbolic of a drastic change in fortunes. The Scots are thriving and full of confidence. Wales however are stagnant and devoid of ideas.

Scotland have been building nicely since the development of the talismanic Stuart Hogg. A few years ago he was a wild hot head who got himself sent off, left to watch on as Wales racked up the tries. Armed with this new found maturity, his pace and skill are now gaining Scotland tries instead. His ability to deliver a perfect pass in front of the receiver put Tim Visser over for the crucial match winning try. Wales proved their ability to deliver passes with Liam Williams’ try. That however was a rare highlight. All too often Welsh players were throwing unsympathetic offloads, leading to dropped balls and turnovers. This lack of skills is gravely concerning from professional players. Even Leigh Halfpenny dropped a seemingly safe ball 40 seconds into the second half that proved a sign of things to come. 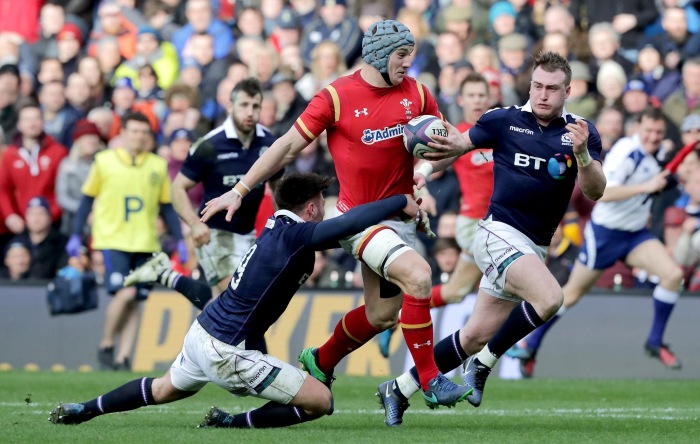 It has been levelled at this Welsh team that they’ve spent too long in the gym and not enough time working on their skills. Rugby is so often a simple game where basic skills done well can heap rich rewards. The Welsh team have tried to address these issues with the blunt bludgeon of Jamie Roberts being replaced by the more composed distributor Scott Williams. A seemingly wise decision as Roberts came on and threw one particularly dreadful pass. In contrast Finn Russell and Hogg combined with two perfect passes to put Tim Visser over which made the Welsh defensive line look like they weren’t even there. However it’s not just the lack of skill from the Welsh players which is troubling, it’s the absence of attacking intelligence. 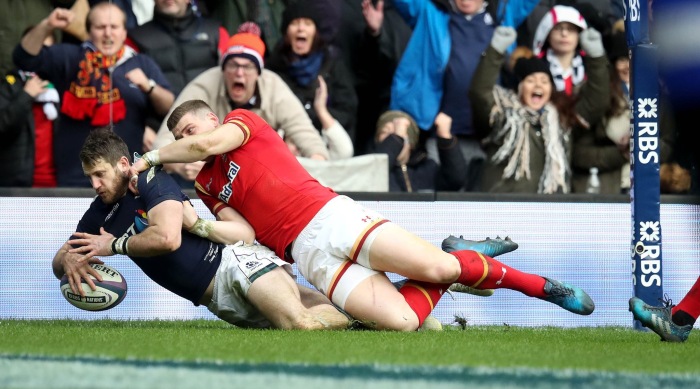 Wales were undone by dummy runners for Scotland’s first try by Tommy Seymour. This came with the tenth phase but yet the Scots still had the ability to deliver a backs move. Wales showed against England that they can pull off backs moves on first phase. But after one ruck Wales become horrendously predictable. One off runners. Side to side play. Waiting for a missed tackle or a back running against a forward rather than creating something themselves. As a defensive team you only need to match Wales’ physicality to contain them. Alex King came in recently after being deemed surplus to requirements at a Northampton team who were also misfiring. In the autumn it was Matt Sherratt but he’s gone back to Cardiff Blues. Yet with Rob Howley also supposedly a backs coach, a role he’ll be taking on for the Lions this summer, the Welsh team are simply not creating and crucially scoring tries. Two backs coaches and a talented backline however still cannot produce five pointers. This is not a new problem with Wales fans still bemused how they couldn’t score against 13 Wallabies in the World Cup. Scotland showed how it can be done and it won them the game. 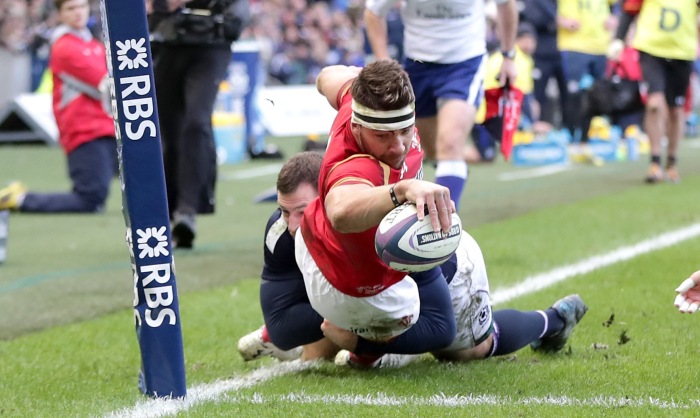 Wales had chances with Rhys Webb notably close to a try. However even that had not been created by Wales but the scrum half instinctively reacting to a loose ball. Outside of that Wales coughed up the ball, threw wild inaccurate passes or were so predictable in their carrying that the Scots could target the ball and win turnovers. Wales did go for a try to take the lead, dismissing the chance to level the score but that decision itself gave a worrying glimpse of dissent in the camp.

Something is seriously wrong in the Welsh team when players start overruling their captain. John Lacey had already pointed at the posts so probably should’ve enforced Alun Wyn Jones’ decision. But the vocal Dan Biggar seemingly overruled and declared he was going for the corner. It proved an error as Wales messed up the formation of the maul and the chance was lost. The attitude of Biggar has been commented on before and once again referee Lacey had to have a word with him instructing him to keep his opinions to himself. Liam Williams is another one. Whilst you expect it from a scrum half, this football style of appealing for decisions has crept into the Welsh squad with players regularly flapping their arms calling for a decision. It’s as if they are hoping for the referee to bail them out of trouble. This is not only troubling from a disciplinary perspective but also casts doubt on Alun Wyn Jones’ ability to lead the team by being the dominant voice of authority.

Whilst Scotland now have a trip to Twickenham to challenge England for their title Wales will go another season without silverware. It’s four years since the 2013 championship, five by the time the next tournament rolls round next year. Have Wales developed since that epic 30-3 win? Clearly not. 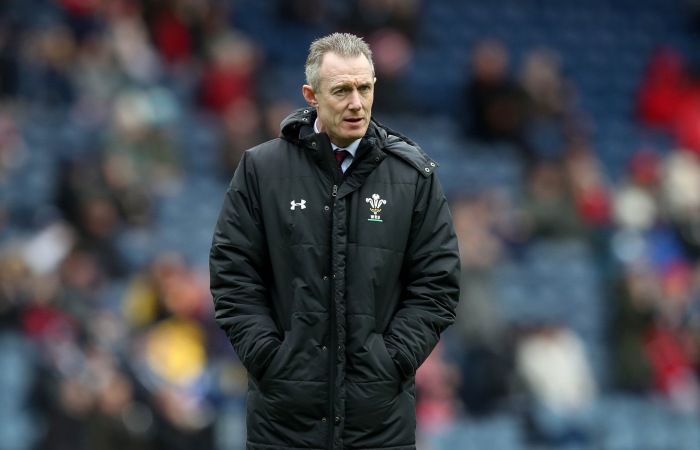 With the exception of the front row the majority of the starting lineup and the coaching setup is largely the same. All the other home nations have improved. England are on a winning run, Ireland beat the All Blacks for the first time ever and Scotland have now defeated Wales for the first time in a decade. Those teams have progressed but Wales have stood still. Only major change can solve this problem. It needs to be both on and off the pitch. Wales go up against title chasing Ireland next then face a daunting trip to Paris against a hugely physical French team. Perhaps it will take two defeats in those games to trigger the long overdue reaction. We do however seem to have returned to an era where Wales players can beat Italy and raise their game for England but the rest are simply leaving us behind.

At a crucial point where rankings will dictate the 2019 World Cup draw, Wales’ decline is not only costing them this season but a future challenge at the ultimate prize.