Doctor Who Exhibitions: The Unofficial and Unauthorised History

My first published book with my name on the cover!

For most film and television shows, the assets associated with their creation: the costumes, sets and props, are used once and then discarded or returned to dusty storerooms for possible future reuse. Fans of the BBC’s ‘Doctor Who’ series, however, have enjoyed a series of one-off and semi-permanent exhibitions which played host to the variety of props, costumes and, of course, the monsters which had appeared on screen.

Indeed, the very existence of these exhibitions allowed for the preservation of items which might otherwise had been destroyed or thrown into skips to become land-fill. They also shed light on the talents of the BBC’s various propmakers, costumiers and contractors, whose work can be admired when these incredible pieces of television history go on display.

From the earliest displays at the Daily Mail Exhibitions of 1964 and 1967, through the glory years of 1973 to 1985, when ‘Doctor Who’ was a permanent feature of trips to Longleat House in Wiltshire, and Blackpool’s Golden Mile. From the exhibition at Llangollen from 1995 to 2003, to the modern displays in Blackpool, Brighton, London, Cardiff and other locations up until 2017. Bedwyr Gullidge explores over 50 years of ‘Doctor Who’ exhibitions, sharing the stories of the people who constructed and ran them, and of course the fans who visited.

This is the ultimate guide to what was on display and when, with detailed notes of how the exhibitions changed over the years, how their very existence encouraged the BBC not to destroy and discard their assets, and instead to allow them to be seen and appreciated by viewers.

Also available from Amazon in Paperback and Kindle Edition 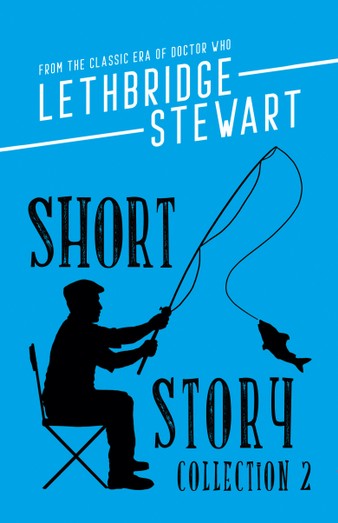 My first published work was a short story for Candy Jar Books. Published in September 2019 ‘Nightmare at Lavender Lawns‘ is included in the second volume of the Lethbridge Stewart Short Story Collection. Full details are available below:

Physical copies of the book are available through the online Candy Jar shop but with a limited supply.

I also wrote a short piece, telling the story behind this short story which you can read here.

Hope you enjoy the story!