Watching World Wresting Entertainment (WWE) can often lead to a sense of deja-vu. In many respects another brand extension is a good idea. The idea was first introduced in 2002 when the roster was bolstered by acquisitions from WCW and ECW. It successfully served as a way of better utilising the significant talent pool available but, as is frequently the case with the WWE, the execution has been less than perfect.

The influx of talent from NXT has certainly strengthened WWE with fresh and exciting  match ups with individuals such as Kevin Owens, Rusev, Neville, Charlotte and Becky Lynch mixing effortlessly onto the network shows and Pay-per-Views (PPVs). Even more NXT Stars have been brought through post-Wrestlemania with Apollo Crews and Enzo and Cass, for example. In that respect the timing was positive but in the context of the wider picture it could have been better. 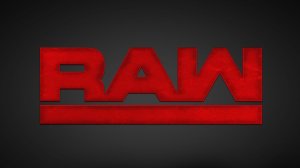 The main event of Battleground showcased a triple threat match with the three former members of the Shield battling for the WWE Championship. This was a match worthy of Summerslam but was instead delivered a month early. Circumstances dictated a messy buildup to the contest with Roman Reigns’ 30 day suspension and Seth Rollins’ position as a heel. The audience wanted to cheer for Rollins on his return but he immediately discarded his supporters. Equally the WWE universe has been desperate to boo Roman Reigns for, well, ever since it became obvious he was going to win the title at Wrestlemania. His suspension at least gave them a reason to boo. He violated the wellness policy and yet returned to a main event PPV slot.

The importance of the match at Battleground was also diluted with it being clear that the winner would take the title to the show they had been drafted to. This telegraphed the fact that one of the programmes would be inventing a new title for their top guy. As a result of the WWE World Title becoming the sole property of Smackdown Live last night’s episode of Monday Night RAW introduced the concept of the WWE Universal Championship. In a typical example of oneupsmanship the best in WWE and the best in the world can now be declared the best in the entire universe. Kudos for attempting to create something original but it just sounds ridiculous.

On the plus side, the two combatants competing for the WWE Universal Championship at Summerslam will be Seth Rollins and Finn Bálor. The latters immediate elevation to such a prestigious spot demonstrates the new direction, inticing fans that the proclaimed new era is not just a neat tagline.

Speaking of Summerslam the writers now face the challenge of promoting the Brock Lesnar v Randy Orton match with both participants on different shows each week. 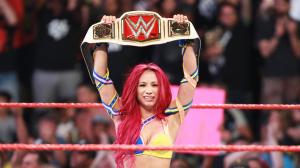 RAW did make a bold statement with acquiring the WWE Women’s Champion and in possibly the match of the night Sasha Banks took the gold. The new era had its first new champion. However, despite a new roster two superstar spots were inhabited by nobodies for squash matches to introduce Nia Jax and Braun Strowman. A classic case of one step forward, two back. It will be interesting to see how Smackdown Live responds given a solid episode from RAW, Brock Lesnar making an appearance next week and the cruiserweight also coming to Monday nights.

Looking forward there are still unanswered questions. Regarding PPVs, will there be RAW or Smackdown Live only monthly events as has been the case previously. What about inactive alumni, where might they turn up? Will Smackdown Live create a tag team title division? Has Heath Slater finally been fired? There will also no doubt come a time when the two major titles are unified once again and no doubt Michael Cole will declare the victor as the first ever undisputed champion, forgetting the two previous occasions that such a match has been presented. For now however, it is an exciting time for WWE watchers.