The latest and the worst. As is an issue with modern rugby video games licenses to use the official names of players are not complete, resulting in hours spent editing player names. However, what is particularly ridiculous is that this is the official video game for Rugby World Cup 2015 and yet it is not licensed by the host nation. As a result official England player names are not featured. Worst still the gameplay is particularly appalling. There is no replay facility, all the players move at full pace with no sprint button and the goal kicking is a result of more luck than judgement. As I am about to prove the rest of rugby computer game history is a much stronger field.

A rugby game released to tie in with the success of the England team, particularly at Rugby World Cup 2003. The graphics and the gameplay itself are cartoonish with players oversized and basic. However, it is a lot of fun to play, the first real arcade style rugby game.

The first dalliance of rugby union onto Playstation 2 and you can trust EA to deliver a solid reflection of the sport into a computer game.

Another game by EA and improvements on their first effort. The backline move selection looks fantastic, with diagrams akin to an American Football game but graphics and player movements still a bit ropey. 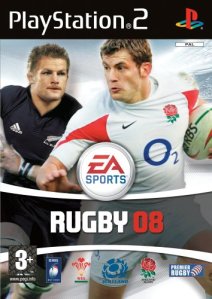 The EA games are difficult to separate. All consistent and great to play. Fingers crossed they will release a new game soon.

Gavin Henson on the cover nudges it above 08. 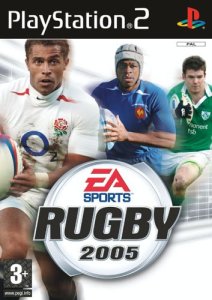 The official game of the tournament in 2011 it still lacks some proper player names. Having the full tournament available to play it is also possible to see what would’ve happened if Wales had reached that final against the All Blacks. Backline moves are also excellent. 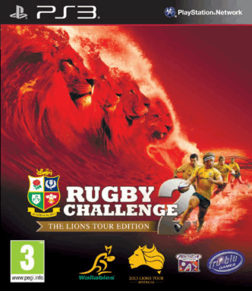 The Lions are a rare breed so to get a proper video game where you can play in the iconic jersey which unites four nations, with accurate players. It is quite a lot of fun to play, particularly with sidesteps when running clear against a fullback. Also included are club teams from Europe and the Super rugby franchises. Interestingly, the game managed to unveil the new Cardiff Blues jersey before the team had actually played in it.

The original and still the best. Incredible to believe this game is now 20 years old! From the long list of international teams to the iconic commentary from Bill McClaren and Bill Beaumont, “he’s digging like a demented mole there” for example, it holds fond memories for all who played it so regularly. Unlockable teams such as the Barbarians and the Lions add even more depth to the game. Goal kicking was also quite fun, I would often take a conversion from the halfway line when in front of the posts to test the best method. Even Australian centre Matt Giteau posted on Instagram that he and Drew Mitchell were playing this legendary sports game only last week. Jonah himself was a player who could hand off an entire team to score a try, which was not far away from the England semifinal of 1995.